In stock
SKU
b047
£23.99
In 1995 Surrey Wildlife Trust published Butterflies of Surrey. It sold out long ago and the time has come for a revisit.
Skip to the end of the images gallery 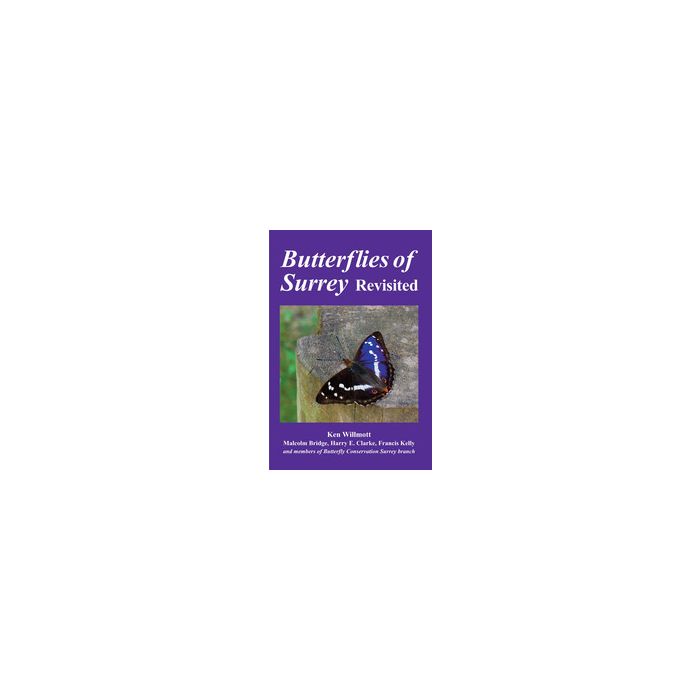 Skip to the beginning of the images gallery

In 1995 Surrey Wildlife Trust published Butterflies of Surrey. It sold out long ago and the time has come for a revisit. Much has changed since 1995: Surrey has lost Pearl-bordered and Small Pearl-bordered Fritillaries, Duke of Burgundy and the Wall, while Glanville Fritillary has been controversially introduced in the Farnham area. Of the current 42 resident or regular migrant species, 24 have declined in abundance since 2000. This 2013 volume is neither a revision nor a second edition. It is a new book that expands the scope of the original volume, takes advantage of additional and more diverse data as well as improved technology, and is based on records up to 2012.

The main section of the book is occupied by the species accounts. Here the authors have followed a standard template for each species, but they have been encouraged to expand the content to include their personal observations and specialist knowledge, particularly on aspects of the butterfly life cycle, behaviour, or the complex issue of conservation. Each species account has a distribution map, abundance and flight-period charts, plus a featured transect table. Comparisons are drawn between the years before 2000 and the period 2000-2012. Although the accounts concentrate on the vice-county of Surrey, particularly with respect to species status and habitat, this guide will be of interest to butterfly enthusiasts of all experience levels, everywhere.

Features cover geology, ecology, the weather, gardening, photography and day-flying moths. There are guides to important sites that represent Surrey’s key habitats of downland, heathland and woodland, describing where and when to go, and what you may see. The appendices include a wealth of statistics and other data.