Atlas of the Dragonflies and Damselflies of West and Central Asia

In stock
SKU
D042
£21.95
This atlas presents, for the first time, a detailed overview of the distribution of the damselflies and dragonflies (Odonata) of West and Central Asia, an area covering nearly 8 million km².

Text is in English.

Skip to the end of the images gallery 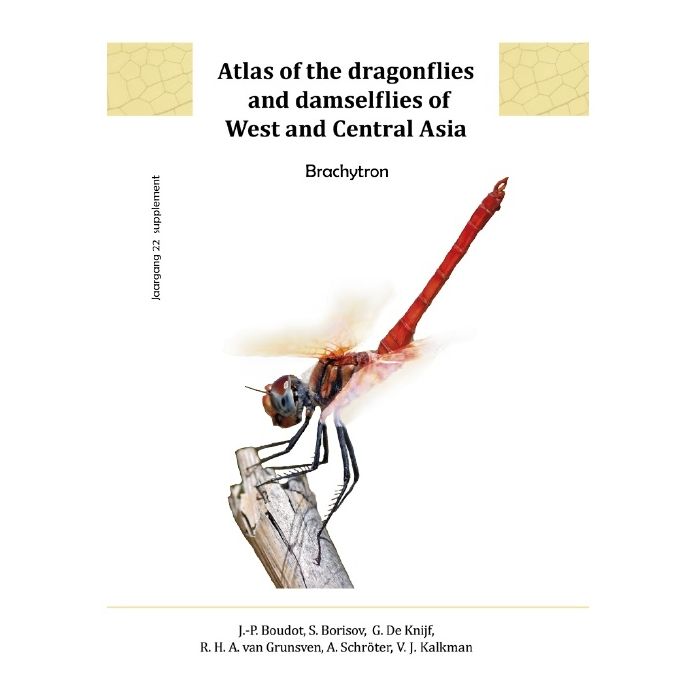 Skip to the beginning of the images gallery
This atlas presents, for the first time, a detailed overview of the distribution of the damselflies and dragonflies (Odonata) of West and Central Asia, an area covering nearly 8 million km². The region is not only characterized by the presence of several vast arid deserts such as the Arabian desert, Syrian desert and the Karakum but also harbors extensive mountain chains rich in streams, rivers, marshes and lakes including the Caucasus, Zagros and Hindu Kush. These combination of strong geographic differences in combination with its position between the Afrotropical, Oriental and Palearctic realm result in an interesting and diverse odonate fauna.

Dragonflies and damselflies are good indicators of the quality of freshwater habitats and are colorful ambassadors for the preservation of freshwater ecosystems. In West and Central Asia the combination of climate change and an ever increasing demand for freshwater for drinking and agriculture will result in increased desertification and habitat degradation. The future of some of the species occurring in the area is therefore gloomy and some might not make it to the end of the century.

This Atlas deals with no less than 175 (sub)species, many of which are endemic to the region or occur just marginally outside the region. For each species a distribution map is presented showing its occurrence in the region and adjacent areas. Texts for each species give basic information on the distribution, habitat preferences and, in some cases, taxonomical information. Although this atlas is not an identification guide, it will definitely help to identify most of the species in the region as it contains images of nearly all species, many of which have seldom been depicted in books before. We hope that this book will help to raise local awareness about this group of freshwater species and will contribute in a better protection and management of freshwater ecosystems.

This is a supplement of the Dutch journal Brachytron

↑
Back to Top
Related Products

A Guide to the Dragonflies and Damselflies of the Serra dos Orgaos, South-eastern Brazil
£38.95
Add to Compare

Dragonflies and Damselflies of Europe
£49.00
Add to Compare

Atlas of the Dragonflies and Damselflies of West and Central Asia