Observing Evolution: Peppered Moths and the Discovery of Parallel Melanism

In stock
SKU
M168
£44.50
A firsthand account of how a modest moth demonstrated Darwin's theory of natural selection.
Skip to the end of the images gallery 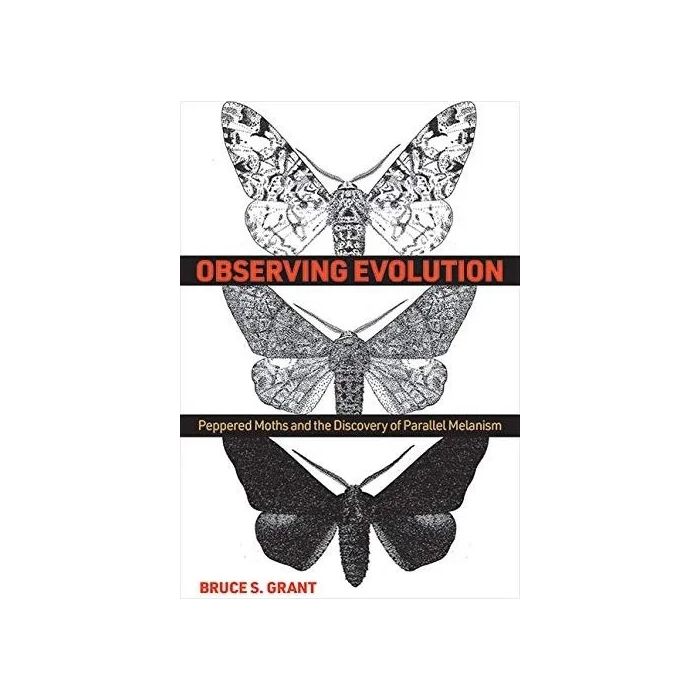 Skip to the beginning of the images gallery
The extraordinary tale of the humble peppered moth is at the very foundation of our acceptance of Darwinian evolution. When scientists in the early twentieth century discovered that a British population of the small, speckled Biston betularia had become black over the course of mere decades in response to the Industrial Revolution's encroaching soot, the revelation cemented Darwin's theory of natural selection. This finding was the staple example of "evolution in action" until the turn of the millennium, when proponents of Creationism fomented doubts about the legitimacy of early experiments. In the midst of this upheaval, evolutionary biologist Bruce S. Grant and his contemporaries were determinedly building a dataset that would ultimately vindicate the theory of industrial melanism in the peppered moth and, by extension, the theory of natural selection itself. Observing Evolution tells the remarkable story of this work.

Shining a light on the efforts of scientists who tested Darwin's trailblazing theory, Grant chronicles the historical foundations of peppered moth research, then explains how he and his collaborators were able to push this famous study forward. He describes how his experiments were designed and conducted while painting a vivid picture of the personalities, events, and adventures around the world that shaped his successes—and struggles. His story culminates with his discovery of the mirrored "rise and fall" of melanism in peppered moth populations separated by the vastness of the Atlantic Ocean, which settled the intense controversy around evolution by documenting nature's recurring experiment.

Observing Evolution is a crash course in natural selection and the history of evolutionary biology for anyone interested in Darwin's legacy. It's also a fascinating read for lepidopterists and scientists about the bridge between classic experiments and today's sophisticated DNA sequencing, which reveals in ever greater detail how the lives of these tiny organisms have such enormous implications.

↑
Back to Top
Related Products

Moths: Their Biology, Diversity and Evolution
£14.99
Add to Compare
Loading...

Observing Evolution: Peppered Moths and the Discovery of Parallel Melanism